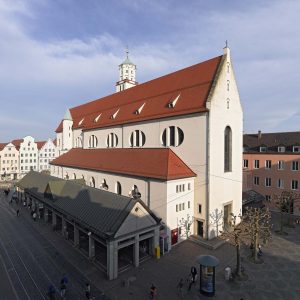 Architecture and light are, of course, intimate cousins. Natural light is the perfect compliment to an environment of contemplation and reverence, and John Pawson and his team wanted to maintain the rhythms of natural light throughout the space, as well as benefiting from the changing aspects of ...
architecture
John Pawson Architects
client
John Pawson 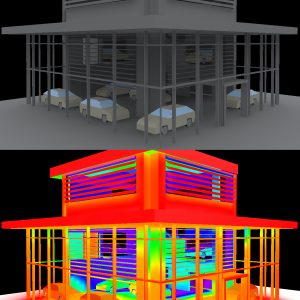 As part of the project at BMW Manhattan, we undertook a daylight analysis to establish the effect of the ingress of daylight, and direct sunlight into the space. In particular we were interested in the potential effect on the planned media wall.
architecture
Carbondale
client
BMW

This document is a report of the findings from the detailed analysis undertaken to evaluate the effectiveness of the existing Sunscoop, if it were fully operational.
The study takes account of all factors effecting the Sunscoop’s performance, including local climate and atmospheric conditions, geography and topology, solar position, seasonal variance, and resulting comparable lightlevels within the building at Level 11 and within the Atrium.

Of course, much has changed in Hong Kong since the building was erected 25 years ago. The surrounding buildings and increased pollution now significantly effect the performance and functionality of the Sunscoop

Hong Kong’s location and climate, coupled with the structures surrounding the HSBC building, allow the Sunscoop to function 2.1 hours per day, when averaged across the year accounting for cloud cover and solar position. In November the maximum theoretical average reaches 4.1 hours/day, while in April it drops to a minimum average of 0.6 hours/day.

In general, when direct sunlight falls across it, the Sunscoop redirects a quantity of this into the Atrium, contributing up to an additional 600lux. However, it should be noted that this represents between 5-26% of the light flooding the atrium, which draws it’s light mainly from the cathedral wall glazed elevation.

In terms of the effect on the interior space at Level 11, it should be noted that in order for the Sunscoop to function, blinds must be open on the southern façade. This creates its ownissues as occupants need to protect themselves from direct sunlight and sky-glow, regardless of any additional glare from the external Sunscoop.
Level 11 is a double height space at the top of the central atrium, and perhaps should be one of the premium floors throughout the building. The internal Sunscoop has a huge physical impact on the space, preventing exterior views, and the flow of light across and through to the opposite side of the building.
In view of these point’s and estimated costs of € 500,000 for repairing the sun scoop we suggest to consider alternative systems allowing to remove the internal Sunscoop yet retaining the original concept of Sir Norman Foster and his team – commemorating the old court yard by connecting the new court yard/atrium with the exterior and the sky above.